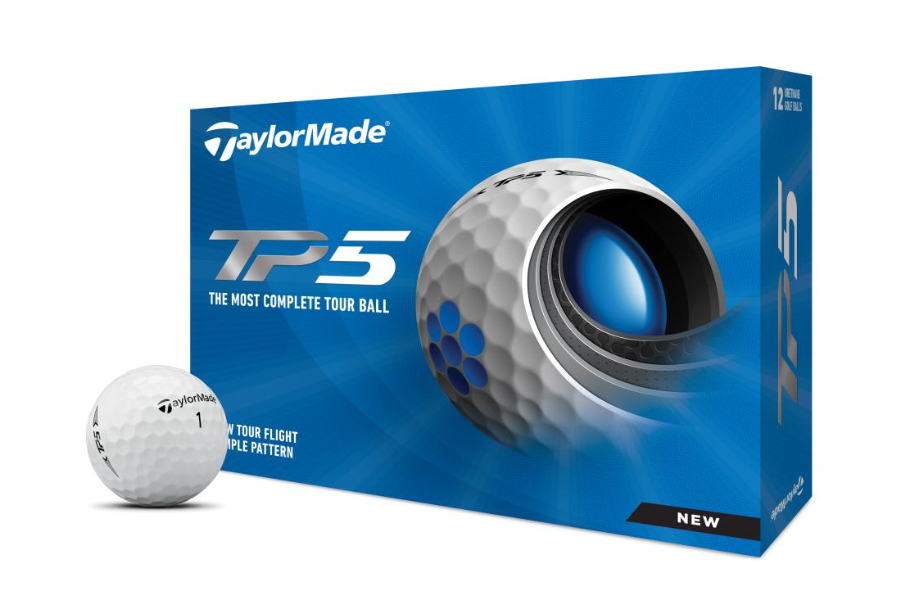 WHAT YOU NEED TO KNOW: The TaylorMade TP5 and TP5x balls made inroads two years ago with a new emphasis on an inner mantle layer technology that focus on what was happening to the ball right off the clubface to make it go fast. For 2021, the focus is still on fast to some extent, but the improvements in the dimple pattern now aim to optimise what’s happening to that tee ball when it reaches its apex and begins its downward flight as it starts to go slow.

THE DEEP DIVE: In the litany of inscrutable golf technologies, golf ball dimple patterns occupy a special place in the high country of imponderables. We get the value of thin clubfaces in drivers and irons to produce spring-loaded distance. Lightweight carbon composite and heavier tungsten to take weight away from where it’s not helpful and put more where it helps produce better energy transfer and more forgiveness seems understandable enough. Even groove edge sharpness and its role in making our wedge shots spin more makes sense.

But dimples are golf technology Sanskrit, not exactly obvious even when you can see differences in shape, size and orientation. But TaylorMade’s new TP5 and TP5x balls make the case that a subtle change in the dimple pattern and especially the dimple itself makes differences apparent where you can see it: downrange.

The TP5 and TP5x balls have made inroads on tour and in the marketplace with their five-layer construction. That includes increasingly stiffer layers designed to produce more targeted performance benefits from driver through the wedges and a cast urethane cover for improved short-game spin. The balls focused in their most recent upgrade (2019) on improving initial ball speed with the introduction of a high-flex modulus material in the fourth layer just below the cover. 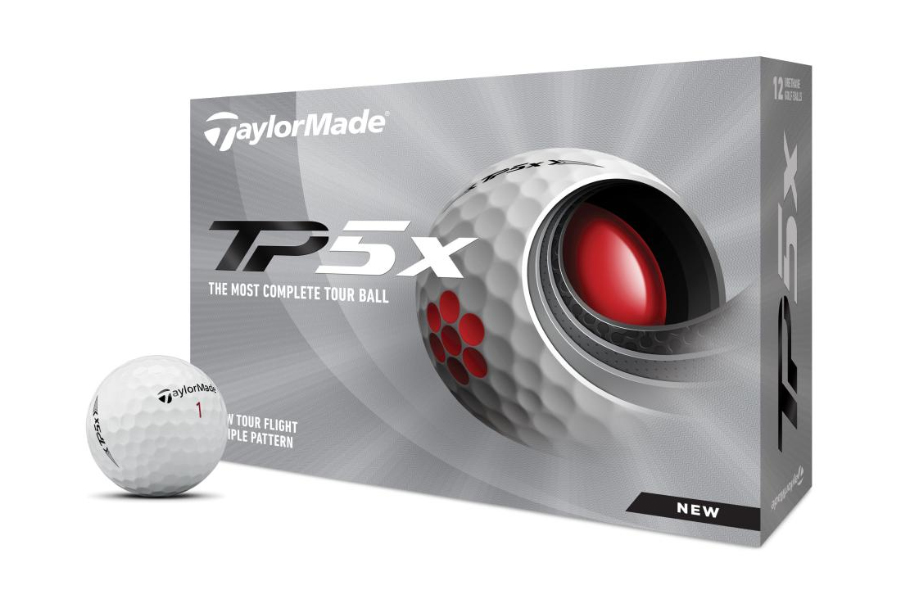 But new design and manufacturing technologies have produced new freedoms in the design of dimple patterns for the 2021 versions. The result is a dimple pattern with a shallower, flatter bottom, what Ben Raymond, TaylorMade’s senior golf ball engineer, is calling a “dual-radius” dimple design.

A quick science break: Dimples on a golf ball are designed to do two things: Reduce drag at the start of flight, so the ball launches with as much speed as possible. Then, just as the ball is slowing down as it reaches its apex and begins its descent to the ground, the dimples should allow for increased lift so the ball maximises flight as it loses speed. Trouble is, those two design characteristics typically compete with each other. That conundrum has to do with dimple depth and volume, and the new TP5 and TP5x dimple shallows the depth to decrease drag but maintains the volume to optimise lift. Raymond explains what’s different about the approach.

“Traditionally by reducing depth, you would also reduce volume which would actually increase lift initially and so you’d get this ball that balloons and comes up short,” he said. “But in the back half of the flight an increase in lift is actually going to help. So that’s kind of the trick: How do you minimise lift over that first stage of flight and then actually increase it over the back half? That’s what this new dimple shape is achieving.”

Oversimplifying the new dimple pattern on the TP5 and TP5x balls allows the latter third of your ball light to benefit the same way and in somewhat to the same degree as it benefits Dustin Johnson’s ball flight. That’s largely because the ball speeds at the end of the ball’s ascent and the beginning of its descent, is similar no matter who you are, Raymond said. But the new dimple has to work at both ends. 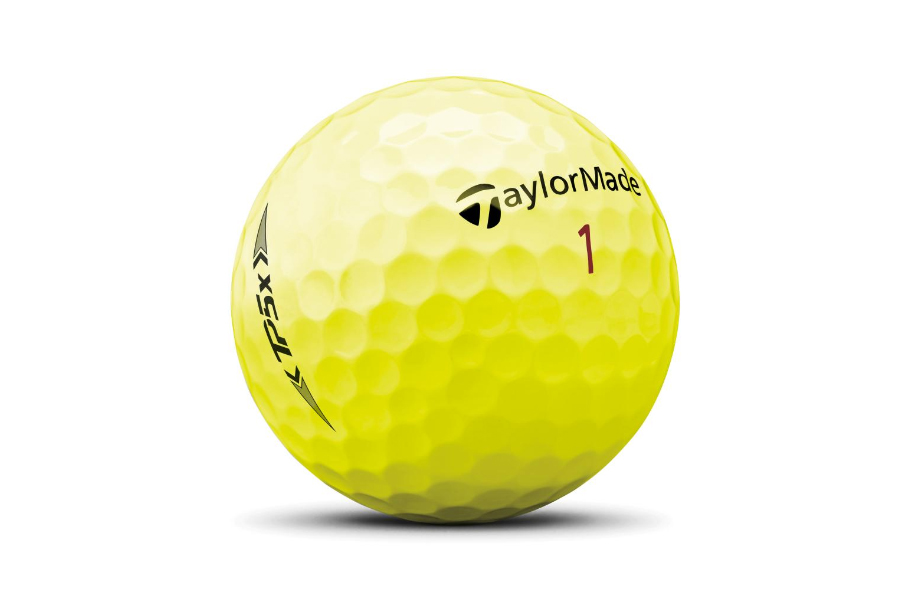 The 2021 versions also have been altered based on input from the company’s tour staff. While some TaylorMade players like Rickie Fowler and Rory McIlroy had preferred the greenside performance of the softer TP5, they switched to the TP5x for its better velocity on tee shots. Other TP5x players were looking for a little better short-game performance, too. So the updates for both balls show the new TP5 featuring a larger core to enhance distance, while the TP5x adopting a softer cover for more short-shot grab. That said, the differences between the two balls remain similar to what they were. TP5 is still designed to fly a little lower and is softer with the highest wedge spin; TP5x is faster and higher flying off the driver and irons and is the firmer feeling of the two balls. 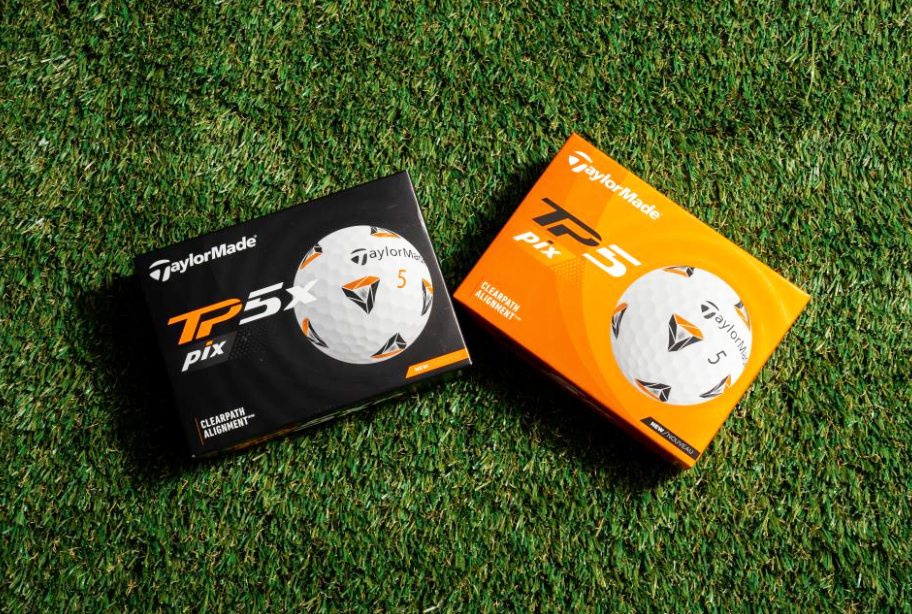 TaylorMade again will off the TP5 and TP5x in its aim-and-alignment pattern called “pix”, which features 12 evenly spaced graphics for enhanced visibility.

To purchase the new TP5 and TP5x golf balls click on the links below.