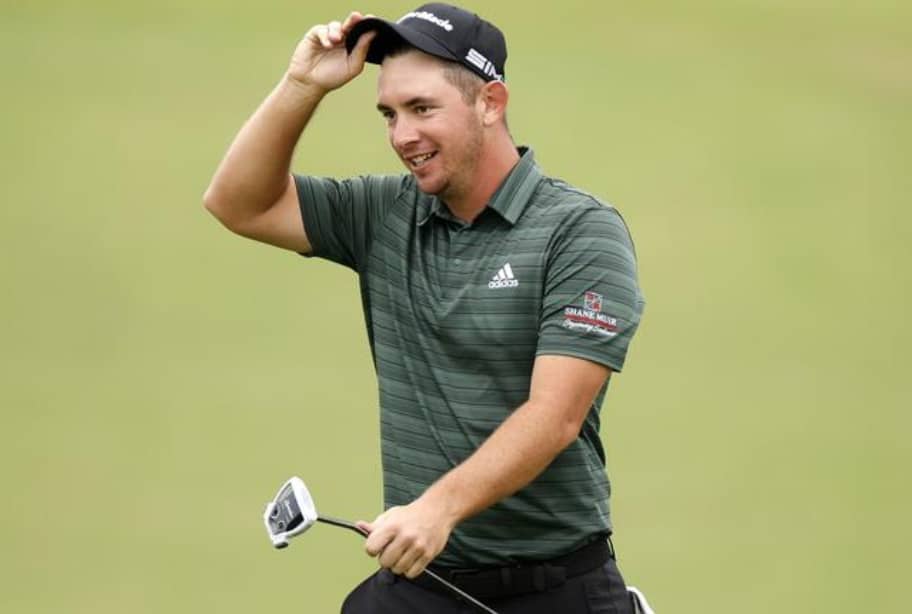 The field at the Butterfield Bermuda Championship wasn’t exactly stacked, but still, having Lucas Herbert win has to be considered some form of an upset. After all, this is a player who was making just his 20th PGA Tour start and his best prior finish was T-18 in the 2021 Memorial Tournament.

Still, Herbert managed a four-birdie, two-bogey 69 in the final round that was good enough to hold off those close to him at the start of the day as well as those who closed hard, such as Patrick Reed, who finished with a 65.

It was an interesting four days for Herbert at Port Royal, as his tee-to-green game was spotty at best, including a busted driver prior to Saturday’s third round.

“We were hitting a few on the range… I was just kind of hitting a couple low ones,” Herbert said. “Obviously sort of get ready for playing on a windy day. Hit one that felt weird, and I hit another one that felt weird. I looked at the driver and it sort of looked a bit suspicious.”

Herbert got a new head (a TaylorMade SIM, 8 degrees) from his locker and put it on the shaft and played the last two rounds with it, finally finding some fairways on Sunday after only hitting two on Saturday.

Herbert’s short game came to the rescue. When you rank T-81 in accuracy, hitting just 29 of 56 fairways (51.8 percent), and only 45 of 72 greens (62.5 percent, ranked T-75) your short game better be immaculate, and Herbert’s was. Although he missed 27 greens, he got up and down 21 times to rank fourth in the field and keep his momentum going throughout the week. Herbert employs a trio of TaylorMade Milled Grind 3 wedges at 50, 56 and 60 degrees.

Also of interest in Herbert’s bag is the lack of a 5-iron in his set, as he starts with a 3 and 4-iron, skips the 5-iron and then goes 6-iron through pitching wedge the rest of the way.

Although Herbert did not have a 5-iron, he no longer is devoid of a PGA Tour win.